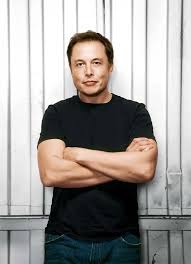 Elon Mask called the artificial intelligence “the greatest threat our civilization faces” during a speech to the National Association of Governors of the United States. The businessman called on the government to intervene as soon as possible in the technology development process as Fortune reported.

“I have access to the latest technologies in the field of AI, and I think that people should be concerned about this” – Mask said, answering a question from one of the governors. According to him, artificial intelligence is the case when the development of technology needs to be regulated at the governmental level: “AI is a fundamental threat to the existence of mankind. It’s unmatched with road accidents, airplane drops, poor quality drugs and poor food. ”

Mask has always talked about the danger of artificial intelligence. But this speech was especially noteworthy – because of its extreme sharpness and decisive appeal to intervene of the government.

The official position of Artificial Intelligence Religion addepts is that strong AI creation process can’t be be now regulated by any government like a global Internet. As well no one know how to do this in our time while still no strong AI was created. The government control process in any country can only slow process of creation of strong AI.